A Wedding Proposal at Riverstone 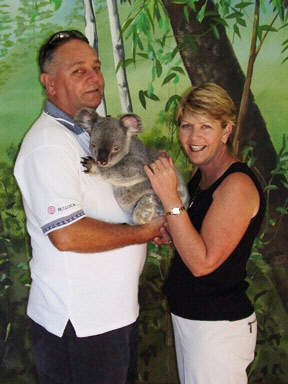 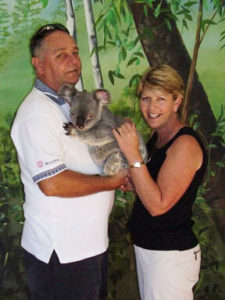 Mark was invited to join a Family Group about 3 years ago. He was divorced and had only just recovered from a freakish accident which left him unable to continue to work.

Mark initially attended the Family Group outings 3 or 4 times a year. At the end of ’06 Mark met Josie another lady who was also divorced. They both attended Family Group functions and were both fun-loving people and well suited to each other.

In November 2006 our Family Group gathered at a restaurant in Castle Hill. All but one of our group attended.

Towards the end of the night, Mark got up and made a speech. He commented on how much he had enjoyed Family Groups and how he and Josie had been made very welcome. To conclude his speech he said that he could think of no nicer friends to share this special moment with.

With that he knelt down on one knee, pulled out an engagement ring and proposed to Josie. Of course, SHE ACCEPTED.

It was fantastic to share in that very moment. Some of the ladies and gents had tears in their eyes. After everything, Mark had gone through, (and Josie too had done it tough) it was great to see them find each other.